Courtesy of the good offices(they're from his collection, and quite rare) of the King of Cool Stuff, Dan Goodsell, have I got something for you, Fred Moore fans: 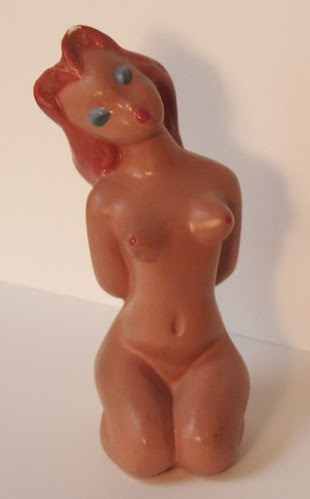 What do you make of them? Dating from the very early 1940s, locally produced in Hollywood--one wonders if it's simply a coincidence that these sylphs look so much like the privately-disseminated Freddy Moore "girls", or if...well, it's within the realm of possibility that he had a a hand in designing them. Probably not, but as Fitzgerald said "wouldn't it be pretty to think so?".

More of these and on these later.

Thanks, mademoiselle! I love your stuff. *MWAH*

What a hoot. If it isn't Freddie himself somebody sure nailed it. A lot better than I could have done, anyway.