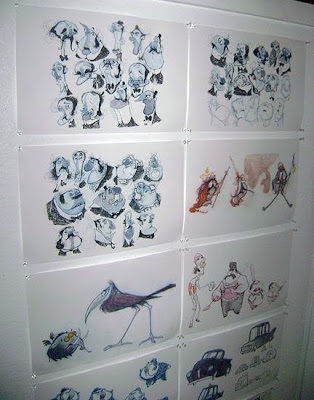 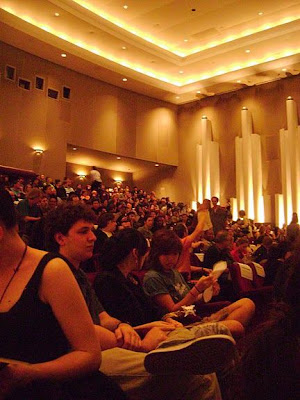 LAist, a Los Angeles themed website that reads like a hipper, more locally aware online edition of the L.A. Times, did a review of the annual Calarts Producers Show. As most of my readers know, this one-night-only screening is culled from the best films done in the character animation program at Calarts during the year and presented specifically to showcase the students to prospective employers and other interested parties.

I wasn't able to be there this year although I had a last minute invitation on Thursday evening. I wish I had gone after hearing the various wrapups yesterday from my colleagues who attended--and finding this article on LAist. I confess I'm a little shocked that it warranted mention as it's such an insider sort of show, or was. Is it openly advertised these days?
In any event it's a serious review of the show, with particular mentions (and critiques) of some of the standouts among the standouts. Go over to LAist and peruse their take.
In addition, if anyone can put names to the design art featured in the photograph at left it would be much appreciated.
images from LAist.com

Devin Crane, Paris and paintings in the spring...

...who could ask for anything more?

My colleague and friend, Dreamworks visdev artist Devin Crane is having a show of his luscious personal paintings opening in Paris at the Galerie Arludik on May 26th. Lucky are those who will be able to drop in and see his work up close on the Ile Saint Louis. A small sampling of the paintings he's done for this show are below(click to enlarge): 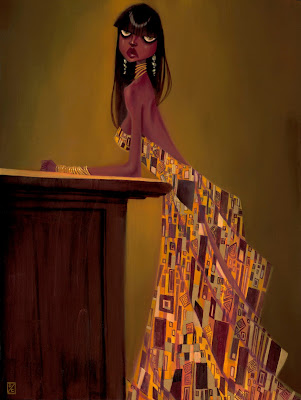 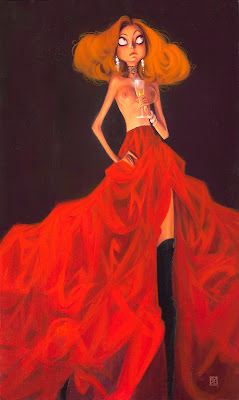 "Heaven"
Galerie Arludik is a perfect venue for Devin's first European solo show, as a visit to their website will show. They have an impressive listing of artists from the worlds of animation and bande dessinée. If like me you can't get away to France have a look at the work online. If you are able to be there, it's going to be a lovely evening, no doubt about that.