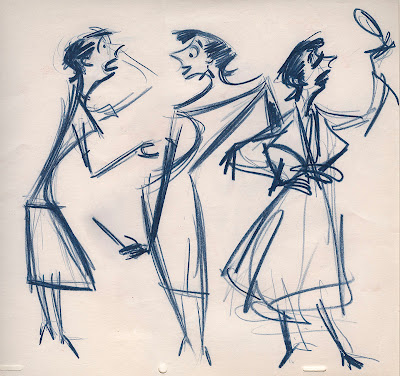 Look at these wonderful sketches from Cartoon Modern. There's plenty more where these came from.
I am really remiss in keeping current with a lot of blogs lately, and Cartoon Modern is one of those with some fascinating posts I've missed. The artwork above is by UPA designer Sterling Sturtevant. She's pretty keen, I think. 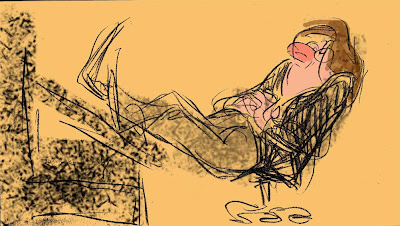 self-portrait by Will Finn, swiped from his new blog

...and another sucker answers the siren song of the blogosphere!

Welcome Will Finn to the fold, everyone!
Surely a man who needs no elaborate introduction to animation folk, I will nevertheless say that my introduction to him(though not his to me)occurred in an ex-bank building on Ventura Blvd. in Studio City, California.

Don Bluth studios had their facility there at the time they were doing Space Ace, etc. and while I was visiting with a friend of a friend I picked up a little studio newsletter with a column about the studio cat, written by a Will Finn, accompanied by his own charming illustrations. This Finn was a story guy, or an animator--or both, I can't remember now.
He's done a few things since then(though if he'd done nothing else but supervise the damn clock I'd be in total awe).

Seriously, this blog should be fun and interesting reading. Carry on, Will! 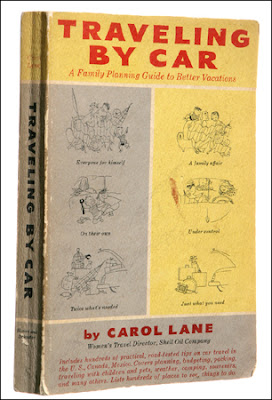 I was always told jet lag a)wears off after the first day or so, and
b)is always worse when flying west to east.
Neither has been true for me...or maybe Paris has a special hangover effect. That must be it.

Anyway, here's a little something that popped out at me from today's(May 27)New York Times:
Because We're Not There Yet

Someone found a copy of a 1954 book on traveling with the family via car. It looks like fun(I love this kind of social anthropology), and has some neat illustrations to boot.
Here's two:

Unfortunately the illustrator of this little book isn't credited in the article.

I do try and keep the posts here specific to animation, but I think all the animators I know wouldn't mind seeing these or knowing this book exists--Ward Jenkins, I'm squinting at you--so...

ETA: More Fun: The intrepid Scott Santoro found this fun b/w clip of the author of "Traveling By Car", Carol Lane, demonstrating how to pack. 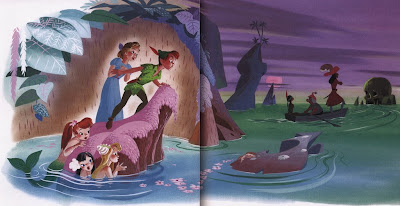 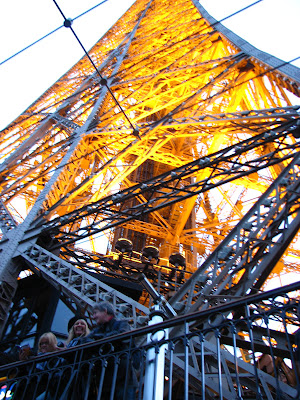 The Diaries are away in Paris at the moment. Back in a few days!

Audrey Hepburn in "Funny Face" looks out over a Paris balcony. While this scene was shot on a sound stage in Culver City, the film has a lot of fun location footage with the actors dancing around the real Paris-and some very appealing interior art direction, too.

Ward in his element, take two 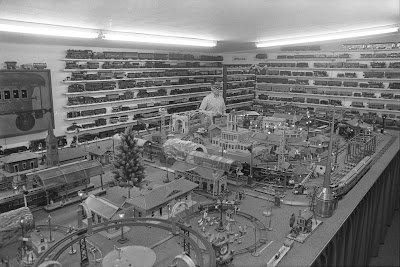 Ward Kimball in his train room, circa 1977, courtesy of the Los Angeles Times. CLICK to make this image huge.


Thanks to an entry in one of my must-visit blogs, L.A. Observed, I found this great photo in UCLA's brand new online, searchable photo database. I am busy enough that I didn't have time to do anything more than the most cursory search--I actually found this photo of Ward by accident--so there must be plenty of other treasures there.