Your Blackwing blogger has been very busy away from the computer of late. Obviously posts have been few, but I have some very fun items coming up to write about, hopefully by the end of week. Unfortunately my life just now has been given over to the horrors of moving house lock, stock and books-thousands upon thousands of books. Due to this sweaty work(no A/C in this c.1907 house I'm packing up, and it's been blistering in Southern California) I've had to forgo too many fun events to count: a generous offer to be hosted at San Diego's Comic Con last week, and just this week had to decline the offer of a champagne reception and accompanying tribute to Miyazaki at the Academy. Believe me, that hurts. But the end of the month is nigh and the Goof and Mickey haven't shown up to help with the piano, so it's been slow going.

At any rate heads up on a post about the soon to open Walt Disney Family Museum, some swell new books, and a few other choice topics. In the meantime there've been so many great posts elsewhere on the animation circuit that I'm sure you've been more than busy reading them.

Hard to believe that in a couple of months it will have been 4 years since beginning this blog. It feels more like 10 minutes has gone by. Thanks for continuing to check in from time to time. 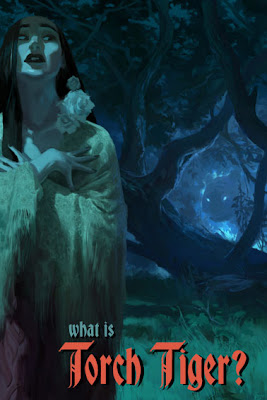 Last year the story department at Walt Disney Feature Animation put together an amazing book, "Who Is Rocket Johnson?" just in time for the San Diego Comic Con. It sold out in very short order, and remains a bright gem of a compilation. Utterly unique and as representative of the talents at work at Disney as anything could be. One should never miss the chance to see--and own--the personal work of men and women like this-mostly story, a couple of directors and animators in there too-who are at the top of their game.

No sooner had he pulled the first copies of Rocket Johnson out of the box than the chief instigator of the project, Paul Briggs, laid plans for this year's book: "What Is Torch Tiger?"

Well, the books have arrived and as was done last year, Briggs and the gang are kicking off its official debut with an Ebay auction for a special copy of this beautiful book-signed by all the participating artists, as follows:

And as if that lineup isn't enough, there are also some pin-ups by:

Remember, all these artists have signed the special copy now on auction at Ebay. The actual book itself doesn't otherwise go on sale until Comic Con opens next week, so if you can't make it to the Con and would like to both snag a lovely, brilliantly produced book and have every penny of your bid go to a worthy charity--the National Multiple Sclerosis Society, click on this link and give it a go. I did last year--and was outbid. Well, try, try again. You won't be sorry and you can write off your winning bid, both feeling good and having something rare and good to read at hand.

I haven't seen all the stories, but since I did see this one and I can't help embarrassing him I want to add that it'd be worth it for Jeremy Spears' story alone. He did a wonderfully atmospheric tale with appealing characters and fantastic staging, completely lovable.
Now multiply that times 30 and that's Torch Tiger. They've each put their hearts and souls into their own versions of the theme and always, of course, had to navigate their day jobs at the same time, with the redoubtable Briggs cracking the whip and wrangling the printers on top of everything else. What's that bit that Bud Plant always adds? "Highest Recommendation"