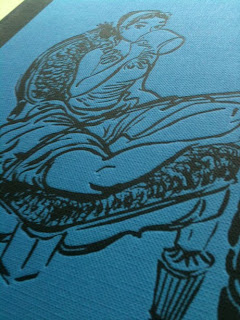 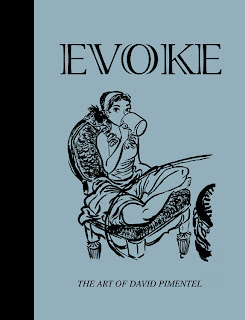 I've written on these pages several times already about my colleague Dave Pimentel.

Dave is a story artist who's probably the loudest cheerleader I know for drawing, drawing, drawing--at all times, in all places and with all media--and he's got the tweets, posts and sketchbooks to prove it.

He was lucky enough to be in the late Walt Stanchfield's gesture drawing classes at Disney. Stanchfield's philosophy and approach had a profound effect on him (as on so many others), and in the spirit Walt embodied he loves to share with and encourage other artists. He genuinely gets a charge out of not only creating his own work, but by seeing what everyone around him comes up with, whatever their take might be.

When I first started working with Dave I'd seize the chance to flip through his sketchbooks. He always had at least one in progress and a stack of what he'd just filled up on a shelf in the office. Each page was fun to look at, and each page was drawn from life. In fact, it was on those pages that I got to know his family before I'd actually met them--from the beautifully observed and executed sketches of them at the park, the bookstore, the beach, in the car...just engaging in ordinary everyday pursuits, but made to seem lyrical and alive on paper. The same was true of the anonymous passersby in his world, caricatured just enough to be recognizable as unique individuals. They all contained stories.

I hoped he'd self-publish a book of his drawings, and he has--he's also made it not only good to look at but to feel; it has a tactile, hard cloth binding with one of his ink brush drawings embossed on the oversize cover. He wanted it to resemble like the kind of 1950s-era books that all artists are drawn to(in my experience anyway) and it succeeds.

In addition to the many sketchbook excerpts he wrote a about a dozen pages containing the tips and ideas he uses in his gesture classes and applies to his own work. It's 100 pages of a very handsome and inspiring call to the pen, the pencil, and the sketchbook. Looking at it will make you feel good. And you'll really want to draw. 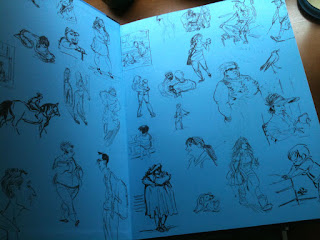 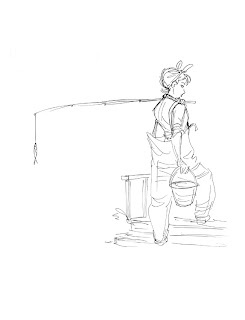 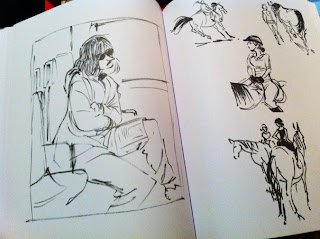 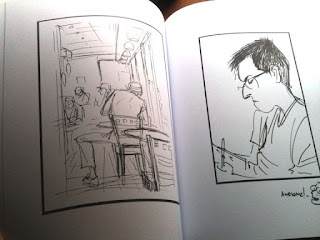 You can buy it from him here: EVOKE: The Art of Dave Pimentel

Submitted for your approval: the back cover of Chouinard's list of class offerings for the 1950-51 school year.

How many of the instructor's last names can you recognize--and what would you pay for a time machine to take you back to the Westlake District of Los Angeles and register? 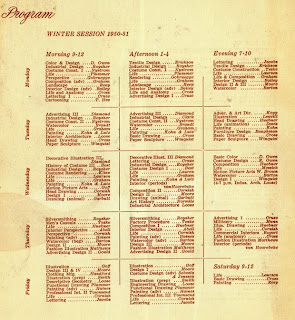 This rarity along with an earlier brochure are the property of a colleague and animation artist whose uncle attended Chouinard during this time. Want to see more?