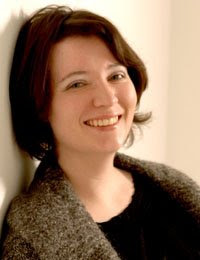 Well, besides all being part of our wide world of animation they've all been the subjects of (online streaming) interviews conducted by Tee Bosustow, a charming and intrepid gentleman who describes himself as a "late-blooming animation fan", deferring when his surname is exclaimed upon to his brother and father, both of whom made distinguished careers in the business.
His father Steve Bosustow was one of the founders of UPA, no less.

Tee has made quite a start at compiling a resource of interviews with animation pros on his Toon IN site. I ran into him some months ago when he met up with Sharon for her interview, and he's been plenty busy since then getting the site up and adding names you'd all want to hear from. His mission statement mentions a desire(already borne out)to focus on the international as well as the more known, local scene-always a good thing.

I'm plugging this as I find far too few people know about it-and I admit I've been remiss in not seeking out these interviews before. They're great to listen to while at the cintiq. Along with Clay Kaytis' Animation Podcast, Toon In is a definite bookmark to revisit regularly. Which reminds me-don't miss Clay's brand new(as of this writing) Part One of an interview with Ken Duncan-it's tops.

Why did I not know about this?

Thanks for the review, Jenny! Toon In has been a labor of love for all of us involved. It's great to get some recognition for all our hard work.

what a great site! I just found it and am in love. keep up the great work.

Allright! Lots to listen to there while I'm busy cleaning up a storyboard... thanks for posting this Jenny. -Arna