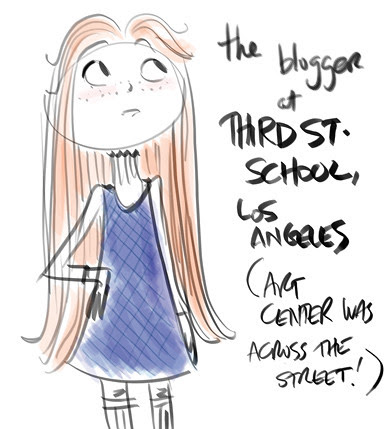 This morning before leaving the house I downloaded the latest episode of Clay Kaytis' Animation Podcast and started playing it on my way to work. I'd made it about fifteen minutes into the interview with Glen Keane(part two of two)before I parked the car, but that was enough to send me into a thoughtful daze which I'm still in after lunch. I highly recommend it.

Listening to it brings up so many more questions...of course it's generally well known what professionals in animation think of Glen Keane, and what a singular place he holds in animation today. I don't want to go here into a fan dance about Glen's abilities....what I do want to say is that while most of us probably won't draw or animate anywhere near as well as he does(though hey, we can certainly always try--don't think I'm shirking that responsibility), what we can strive for is to somehow achieve and nurture the kind of attitude he has towards his work. One thing I've learned as fact is that no matter how good the assignment, the film--its eventual greatness, if that's the case--the work is so often deeply frustrating on so many levels, most infuriating the obstacles we face all alone at our desks.

That an animator of Glen's caliber acknowledges the same hurdles and deals with them honestly, all while gladly offering the benefits of his experience and maintaining a generosity of spirit on his team--that's something that anyone can try for.

This week is "take your kids to work" week at my studio; I'm not going to be here on the day, so couldn't volunteer (as I pondered doing, and would have loved to) for the 'explaining story" segment of the thing, but we're amply covered by some great people in that area. I know they'll infuse the kids with a sense of the fun and amazing responsibility of applying individual art to a group project like a film.
I wonder what the kids will think of it all...when I listen to veterans who retain a spirit of newness and exploration after years and years of animation deadlines, I feel like a kid myself.
Anything might be possible.

Hey Jenny- I love reading your blog and you're art is great too. I was in a rush this morning, half asleep, but I remembered the podcast and hastily downloaded it so I could listen to it durning my first period. I love that podcast!
Keep up the great posts,

Hi there Jenny, I'm so happy to have found this blog.
My name is Kelly, and I'm a senior at CalArts looking to go into story. It's great to read these posts from a girl story artist... It seems we are few. But mighty!
Your insight is valuable and I'll keep reading.
Thanks again,
~ kelly

Love this sketch! (of someone like you.. no?) That podcast of Glen Keane's was our morning breakfast company. Terrific.

Isn't it great to have the Podcast? Clay does such an excellent job.

Kelly: thanks for coming by! Yay for story...the more the merrier! Hope I see you around soon!

Hey Jenny -- That's my school, Art Center on Third Street in Los Angeles. Were you one of those little kids across the street?

That podcast WAS totally inspiring.. and it wasn't what I was expecting at all. I was expecting him to talk about what he went thru working on the Beast... or what he was thinking while working on Tarzan... just stuff that I had heard a million times before. But no, it was way more personal than that and completely cool to hear stories of him working under Ollie and all that.

Scott--totally agree with you there. : )

Floyd--yes! MY classroom(14)was right on that street, one over from June(totally escapes me at the moment), looking directly at Art Center. Late 60s, early 70s. I'd stare at the hipster students with their huge black portfolio boards and wish I could be them. ; ) And you were in that crowd?! How cool!
Incidentally, Bob Clampett's daughters went there too. Animation in L.A. is a teensy world!