Another look at Fred Moore...

it's almost another typically beautiful day in paradise--Los Angeles, California; I see the sun peeking out periodically and since it's Saturday--the outside world beckons. Here's another photograph from the amazing collection of James Walker, of another weekend in another century. I'm 99% sure that I was told who that is with Fred at poolside, but I have been frantically busy with work, and am remiss in not making some very important calls; I'm determined to have a sit down with James and record the stories he's amassed in his years of collecting and studying the work(and life)of Freddie Moore. He far outstrips me in his dedication and knowledge, and I owe him more than I can say for offering to share these things with me, and more importantly with all of you. There's something about Fred Moore that is infinitely touching and attractive. it's got to be there in his animation, as most of us had zero information when we discovered him about "the rest of the story"--his troubles, his early death. That's almost beside the point. I've always felt that artist's drawings--the artists I've known and worked with, and the ones like Moore that I've admired--are pure self-portraits. An element of self is somehow there...this is perhaps just a projection, once one gets to know the artist, but I don't think so. It's a fairly intangible thing, but it either attracts or not, and Fred Moore put something in there that just attracts more than most. In Illusion of Life it's called "appeal".

All that blather and I've got no drawings to post right now--just a photograph--but it's one more for the books: 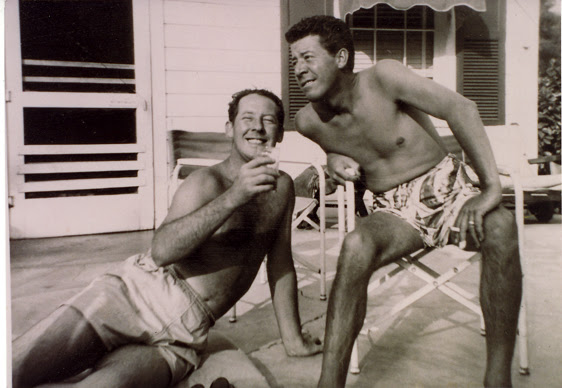 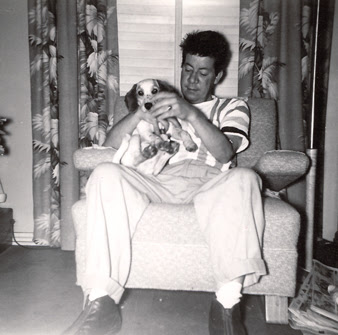 just to say thanks for this blog.
very interesting, i have a lot of catching up to do but what i've read is really fantastic , inspiring stuff.
a treasure trove.

Thanks, Tomm! I've been pretty amazed that it's gotten such a good reception--makes it worthwhile, believe me-especially hearing from readers. Much appreciated!

Tim told me that the guy next to Fred Moore is probably a young Larry Clemmons.