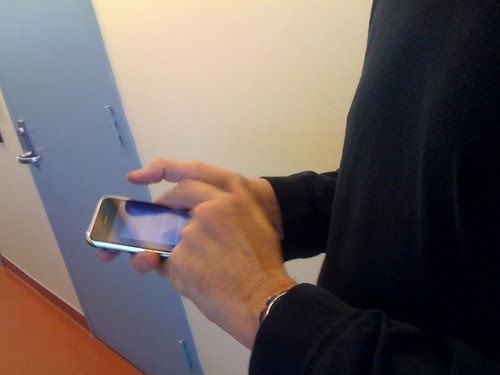 It wasn't long ago that Randy told me he had this idea to write his own program for the iPhone, something that would be eminently useful and that no one else had yet done. As there are already a gazillion apps of all kinds for the thing, that would be an admirable feat. A very short time later, he'd done it and voila! It lives. Simple to use and at $2.99 a lot less than the old Minerva stopwatch Cartoon Colour used to sell.

Randy's official App store statement(reiterated on his app website) is as follows:
"Animators can use a stopwatch to time out actions but there has always been an annoying problem. Stopwatches show time as 1/100ths per second but movie film runs at 24 frames per second. To find out how many frames you need to do a tiresome calculation containing 41.66667 each time. I’ve always wanted a stopwatch that would show the time in exactly the format I need so I decided, what the hey, I might as well make one{...}."
The stopwatch action starts with either shaking the phone or tapping the screen. Each additional tap marks the time, which can be shown in either film footage, film frames, NTSC video frames or PAL video frames, as well as in seconds.

If you're interested, all you need to do is search for "Animation Timer" in the iTunes App store. And you don't need the iPhone to use it--it works with the iPod Touch. Very cool.
Enjoy! 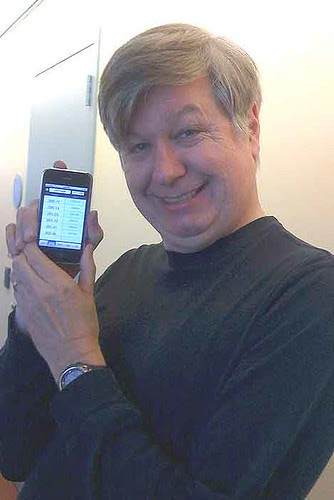 The man and his program

Just had an idea: why not have different areas on the screen to tap and a timeline view with various timelines above each other running chronologically. This way one could tiime various different actions or accents in context to eachother. Also interesting: if there was a way to play the timed sequence (passing through a timeline in relatime) and adding secondary actions etc.

Great App, I use it very often!! Thanks Randy!

From one apple geek to another...

From the man who invented the animac pencil test system in the late 80's. I might of guessed it. Another good one Randy. Keep solving those problems for us .... Thanks!!