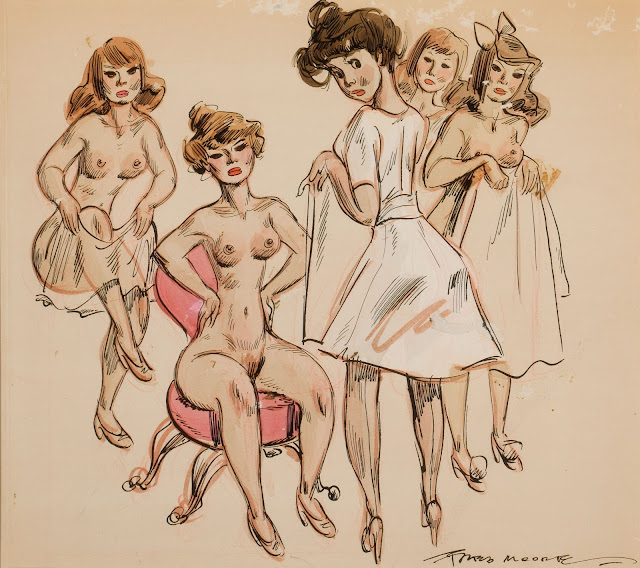 This typical Fred Moore group of ladies en deshabille is being auctioned online today by Heritage. It's lot 78744, 12x13.5", watercolor and ink mounted on cardboard(as were many of Fred's "presentation" girls), and described as being from the estate of one John McLaughlin.
The bidding's currently at $1200(as of 10am PST). It's certainly going to be over my budget, but perhaps there's a Blackwing reader who'd be interested. Barring that, at least here's the artwork to peruse gratis.
This one looks like a later example of Fred's pinups-late '40s, I'd guess. Incidentally, the initial listing had this as a pinup by "Frank" Moore, with no mention of any Disney studio relationship. Someone set them straight(it's signed, after all), but I wonder what it might have fetched if left unrecognized among the Elvgrens and other rarities that comprise the illustration auctions Heritage does.

I would love to have this or any other of Fred Moore's works. What a talent!