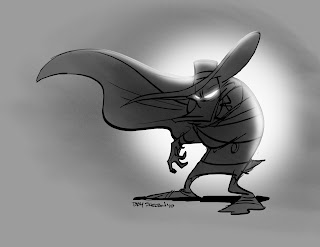 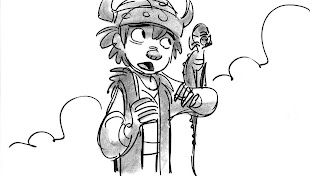 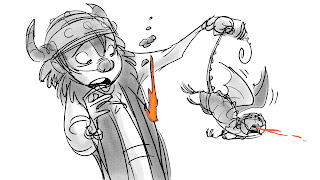 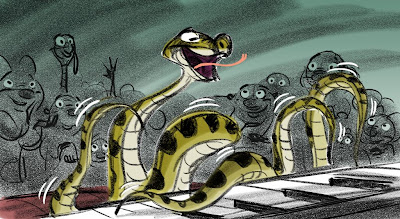 Toby Shelton's cintiq sketch revisiting his design for the title character in the Disney series "Darkwing Duck" and his story panels from "How To Train Your Dragon" and "Princess and the Frog" from his blog. CLICK to enlarge.

In an industry full of talented people and myriad styles the work of story artist Toby Shelton remains unique.

His facility with line is something else--form, weight and gesture beautifully employed. The guy can draw. But to leave it at his technical skill would be missing more than half the picture. It's the sincere appeal of his characters, their acting and his cinematic staging that give his stuff its impact, as well as an intangible something that's just terrifically likeable. Recent credits of his include "Megamind", "Princess and the Frog" and "How To Train Your Dragon".

In another life (as he puts it in his blog's profile) Toby worked for Disney feature animation as an animator, and in 1985 was one of the first to work at Disney's new Television Animation division, where his superb designs for "Rescue Rangers" and "Darkwing Duck" became well known and were traded freely, even by artists who'd never met him. He's posted some of that original character design work on his blog. For the requirements of this era in television in particular, sheets like these leap off the quality meter. 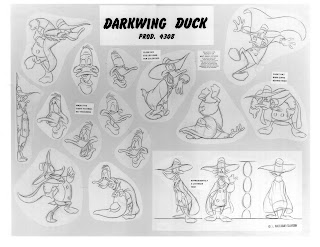 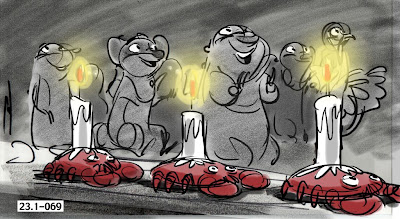 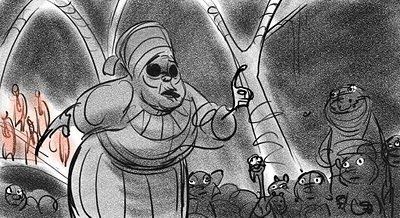 Everywhere he's worked has benefited immensely from his skill, and the influence and inspiration he provides to other artists is palpable. He's a thoughtful artist and a generous one.

Toby Shelton: Stuff I Did--be sure to visit it often. 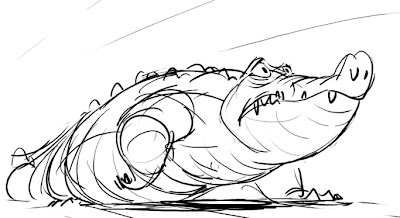 A Toby Shelton rough story panel from Disney's "Princess and the Frog"-borrowed from a post by the great Paul Briggs on Paul's blog. 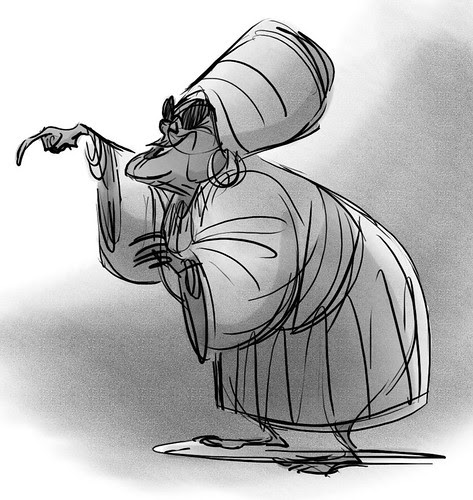 Toby's exploratory sketch of Mama Odie from Princess and the Frog. His design remained through the story process and animation.

swiping images.... I never thought you would stoop that low.

Thanks for posting this!