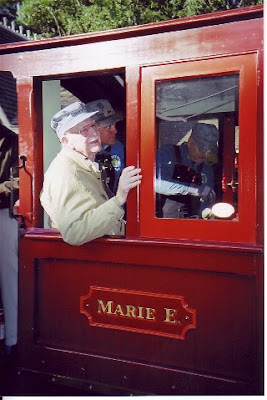 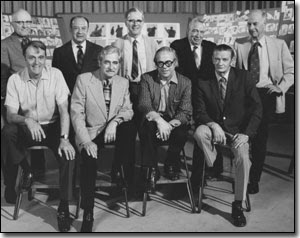 This is truly the end of an era!
My thoughts go out to Ollie's family and to those of all the Nine Old Men.
I am proud to even have been alive while they were still here, shaping the world of animation for all of us to follow.
They have left us a wonderful legacy of work and so much to aspire to.
Thanks Ollie!

Thank you so much . (for the characters, the books , showing us how.)

This is very sad news. He contributed so much. My thoughts go out to his family.

RIP Ollie, knowing you've influenced so many people...that's gotta be something we can still smile about, even through the tears.

On behalf of everyone at Conduct Happiness, We will miss you Ollie.

Wow, that really stinks. What a great man and a great artist. I wrote to Frank and ollie when i was in high school and they actually wrote back to me. Such kind people. Ollie contributed so much to our industry and the rest of the world through his work.

Very, very sad. And "end of an era" doesn't even begin to cover it. I'm just glad that so many of the guys were able to live to ripe old ages - and apparently quite happily. My only selfish regret is that I was never able to meet any of them. Ollie, thanks for everything - you'll be missed. And thanks to Jenny for sharing the news...

The best tribute I can think of is for everyone to watch the “Frank & Ollie” DVD.

What a legacy for all of us.

Thanks for letting the world know, Jenny. Ollie was so great, and I think very underrated, his work was so understated and he was such a naturally great actor...it really is the end of an era.

I like those men who stay children in their heart.
I hope to be like them later.

Hoping that all the characters he had created, will welcome him up there.

A beautiful tribute. Thank you.
He was truly, truly one of the greats.

Goodbye Ollie... and thank you...for everything.

Yes, the art, the heart, the films, the books, the model railroading, his lifelong friendship with Frank Thomas ...

Ollie left a legacy both enduring and prolific. The artists inspired by his works and words will continue to carry the torch and pass it on to succeeding generations -- just as he picked up the torch from the earliest Disney animators (giving special recognition to Freddie Moore).

Still, as a fan who has all of Frank and Ollie's books, I'm extremely grateful for the wonderful documentary "Frank & Ollie," for giving us a glimpse into that very special and unique friendship among the men and their wives.

If you've not seen "Frank & Ollie," put it on your list. There are several very sweet moments in the documentary.

Ollie, God blessed us all with the gifts he gave you -- the gifts you shared with the world.

Thank you Ollie for the laughter, the tears, the great art and great stories. Thank you, too, for your kindness and inspiration and for joining the NFFC at so many events.

And thank you JL for giving Ollie that very special morning at Disneyland -- talk about a golden memory and I only heard about it secondhand from some of the eyewitnesses.

My deepest sympathies go to Ollie's sons, his extended family, and to his friends, peers and admirers in the animation industry.

Peace be with you.

When I heard the news last night, I had to stick in Frank and Ollie. I can't watch that documentary enough! They were amazing animators that have inspired thousands of artists. I've loved reading about Ollie and seeing his work, and I am saddened to see him pass away. It's nice to think that he is with his friends now in a better place. I wonder what they are doing now.

So, so sad... One of just a small handful of magical artists who had an early and incredibly profound influence on my life and career has departed from us... R.I.P. Ollie.

No doubt his presence will continue to be felt for many decades yet, and his influence both artistically and spiritually will be omnipresent.

He will always be loved, and sorely missed.

Thank you for this tribute. You can read my own small, personal memory in End of an Era.

Rest in peace, Ollie, and thank you.

You are one of my heros, and I hope to bring the same kind of magic to my characters as you did.