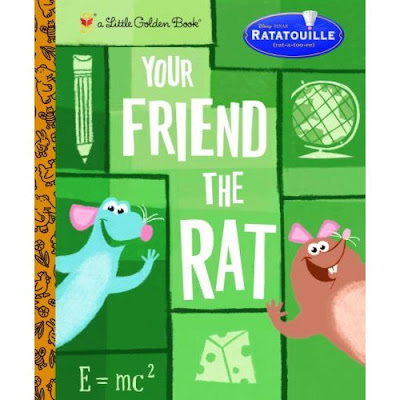 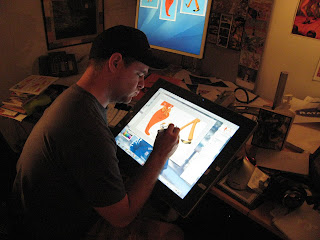 It's been 18 months since these were first posted, and as it's the right time of year and I haven't a new post ready, I repost them here for your enjoyment. Have a lovely holiday, everyone.

...and here's one more for the road, from my house: 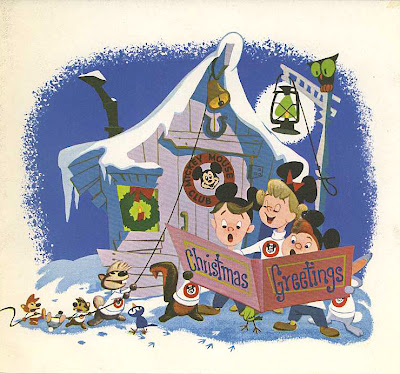 Another old favorite, originally posted when I started this blog two years ago: the Disney Studio's 1956 Christmas card.
It looks much better in person. 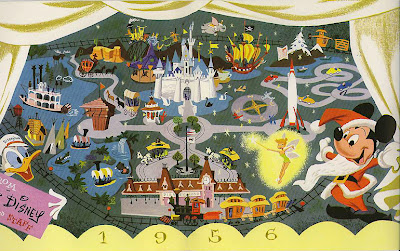 Christmas 'round the corner A million things to do, and with work steaming along right up to the brink of the break, posting has become an intangible dream at the Blackwing factory. Just for kicks I'll post a few of the entries of Christmas past this weekend; fun graphics and perhaps entirely new to more recent visitors.

Hope everyone's doing their duty in the malls and byways of the planet, taking time to breathe--and enjoying the filmic qualities of this most noisy/twinkling time of year. My own (early 20th-century street designed)street has transformed into Bedford Falls lately--the happy version. 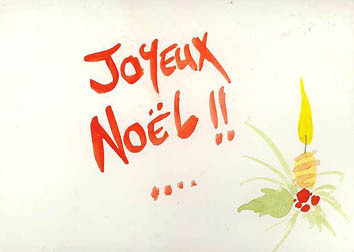 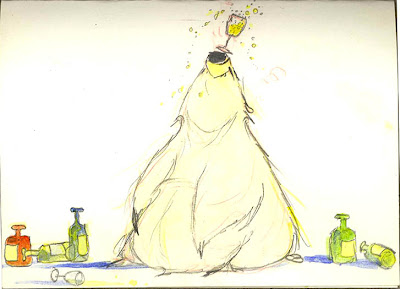 Like most of my ilk, every year I save those holiday cards that are either sentimentally precious or very appealing-or both.
The thing is, after I put them away I rarely know exactly where I've put them. Here's an example from lo, these many years past(1994 actually); it just fell out of a pile of saved paper.
The artist is the prodigious and wonderful Nico Martlet. He handmade and painted all his cards that year-lucky me! 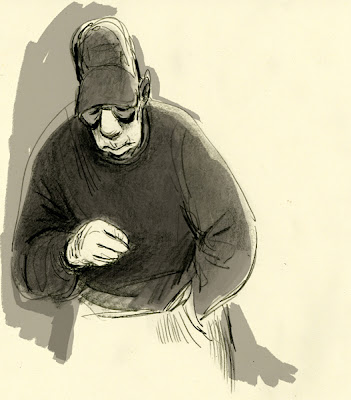 She's just started a sketchblog and it's a visual feast--already full of beautifully observed work.
As if her own drawing wasn't enough, she's also gone to the trouble of posting quite a few illustrations from Ronald Searle's must-have Paris Sketchbook, a task I'd intended to do but not yet got around to.

Pay her a visit:
Daniela Strijleva

I've been tidying my drawing area trying to cull the unnecessary stuff, and just for fun I thought I'd share this keen pencil box, a birthday gift from my friend Elinor. I've had it on my desk for ages, propped up where I can look at it--the colors and general fun of the thing are a nice bit of eyecandy for the workspace.