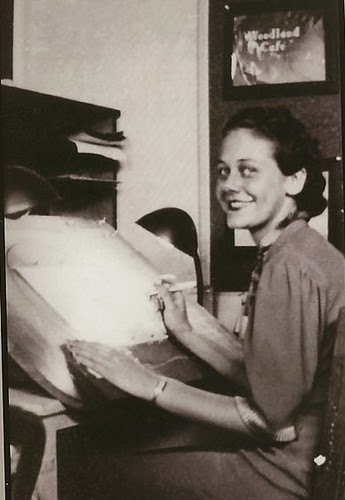 Other women of note at Disney were Ellen Woodbury, Cathy Zelinski, Lorna Pomeroy Cook and Linda Miller. These are easily as talented as any of the male animators out there. Linda was so brilliant, her work on Jeremy the Crow i Don Bluths films are just incredible. Lorna is one of the few who worked with the old guys and she would have many stories.

Another very talented lady not mentioned was Patty Peraza. She was the first female hired by Disney Studios from the new Disney Character Animation Program at CalArts. She had a full scholarship courtesy Walt's widow, Lillian Disney. She was known for her meticulous work and eye for design and became the first full credited female effects animator in Disney history. The fact is, at one time in the seventies, she was the ONLY female animator working at the Walt Disney Studios feature unit.