A Disney Story Session-for the Camera, 1951

I came across this today and thought I'd post it; I haven't seen it elsewhere although as one of many hundreds of such photos taken for publicity purposes, it's likely floating around somewhere. So here's a pretend-impromptu story session for "Alice in Wonderland" with some of the gentlemen of Disney's story department, including its first head, Ted Sears. Walt's holding the glasses he'd rather not be photographed in...actually, perhaps it really was an actual meeting. I wonder how many shots exist of Walt wearing his cheaters? There are some stats of Mary Blair's paintings down there amid the Milt Kahl model sheets; the sequence on the boards behind them is the Queen of Heart's croquet game.
The caption affixed to the reverse is reproduced here also. Erdman Penner, on the far right, died in 1956 aged 51; Ted Sears died two years later at just 58 years old. Winston Hibler passed away in 1976. 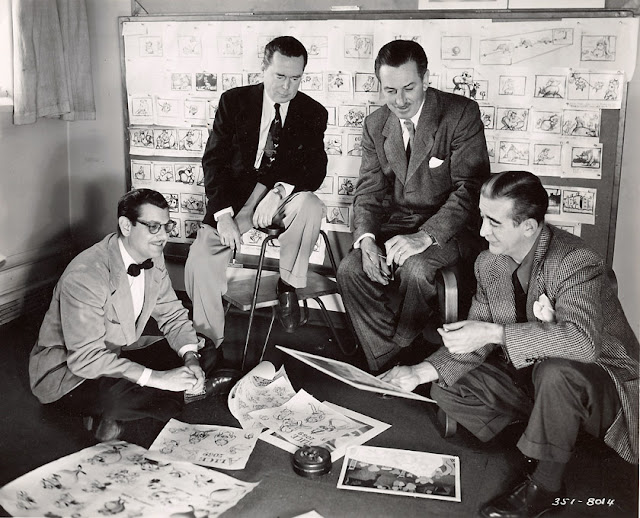 Just for the heck of it, here too is an example of one of Ted Sears' Christmas cards, upon which he expended a good deal of ingenuity and charm, and featuring his young family. This example comes from the Flickr stream of one molliesc, who posted a trove of them. 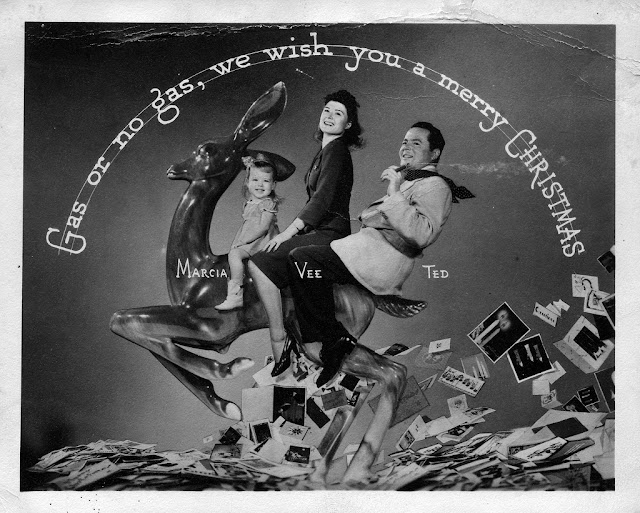