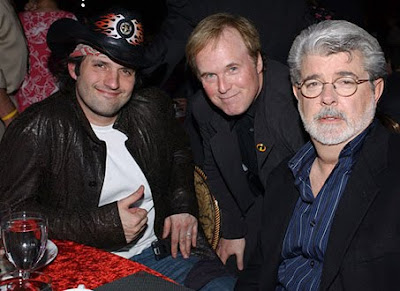 I hope Brad Bird finds success in the medium of live-action film, just like Frank Tashlin did over 60 years ago with films like "The Girl Can't Help It" and "Will Success Spoil Rock Hunter?" He's worked very hard to get to this point in life.

(Huh - I'm surprised Knight and Day fell short of financial expectations. Even though I can take or leave Tom Cruise, as an escapist summer romp it was pitch-perfect, and I don't mean in a soulless, calculating way. Almost had a golden age Hollywood spirit in spite of the modern high stakes.) Ok sorry for sidetracking, carry on! Bird awesome? Why yes he is!

I just can't wait for his next movie !

What does being "repped" by a Hollywood agency do for someone like Brad Bird?

I'll be eager to see a Brad Bird live action film, but directing MI4 to someone else's script didn't seem like they were taking full advantage of him.

A few years ago he was in town speaking and noted that he's had projects in development "all over town" for years but the animation ones were the only ones to get off the ground.

Who a director is repped by means a hell of a lot in live action. Top agents earn their fees.

I believe that Brad probably did his own pass on any script for MI4 as is his custom and as plays to his strengths. He is always a writer-director.

I presume they screen offers, that sounds like an agent thing to do.

But is it a cliquish thing, like certain actors will only work with a director if he's with a certain agency?

I am truly looking forward to seeing his live action debut. I think he is going to knock it out of the park, but why do I feel that everyone is treating this as a step up for him? In a sense it is because he will be respected as a director in both mediums, but I really hope it is not people thinking he graduated out of animation. As if one medium is superior to the other.